EV Construction Appoints Julisa Duran to the Position of Foreman

EV Construction, a leading provider of construction services in West Michigan, has promoted Julisa Duran to a field leadership position, the first promotion of its kind for EV and a rarity in the construction industry. Duran, a standout member of the painting division, was promoted to Foreman in April.

In a recent blog post titled “Women in Construction: The State of the Industry in 2022,” the construction company BigRentz states, “Of all the people working in construction, women comprise only 10.9%. Even smaller is the number of women on the front lines of a job site – only 1 for every 100 employees in the field.” Furthermore, that statistic refers generally to women construction workers, not specifically women in field leadership roles.

Digging deeper, as a woman of Hispanic descent in her 20s, Duran’s promotion is not only unusual for her gender: An April 2022 report from zippia.com found that of the 37,240 construction foremen working in the United States, only 2.5% (less than 1,000) of them are women and only 4% are under the age of 30. Zippia also notes that fewer than 20% of foreman positions are held by Americans of Hispanic or Latino decent.

EV Construction’s first interaction with Julisa Duran was when she worked as supplemental labor alongside the EV Construction painting team at the Bronson South Haven Hospital. Duran’s work ethic was immediately evident to EV team members. As the project was wrapping up in early 2021, Duran expressed interest in more consistent work and EV extended an opportunity for her to join the team officially.

“Within weeks of Julisa joining our team, I mentioned to several coworkers that she had ‘it,’ and I would expect her to be promoted within a year,” shared Rachel Austin, Director of Corporate Trades at EV Construction. “Her drive, leadership, attention to detail and passion for the trade were evident from day one. While Julisa will tell you that she wasn’t expecting a promotion when she was presented with the opportunity, those who have worked alongside her say she deserves it entirely. She has earned the respect of her colleagues and senior leadership, and we’re excited to see her continued growth.”

With her contagious energy and drive, Duran makes her mark everywhere she goes. Since joining the team, she has made a dynamic impact as part of the painting division. Her work ethic, drive and passion are seen every day on construction sites. Additionally, since being hired, Duran has expanded the EV team by referring others to the organization who have also become valuable assets.

Julisa Duran was born in Grand Rapids, MI, as the fourth of six children. She credits her parents, owners of a six-acre farm, for teaching her how to work hard. She felt she needed to prove herself to her parents and gain the respect of her three older brothers, so she worked hard to exceed their expectations.

At 19, Duran decided to join the trades. She wanted to learn as much as possible and shared, “I was always learning, and as the industry continued to change, I realized I had to adapt quickly.” She also stated, “You can tell somebody’s work ethic by how they sweep the floor. Are they moving with a purpose or just taking their time and not putting any effort in it?” Duran took the initiative to learn the painting trade. She found a mentor early on that was willing to teach her and, like a sponge, soaked up all the knowledge she could. Duran’s promotion is clear evidence that her drive and passion have paid off. 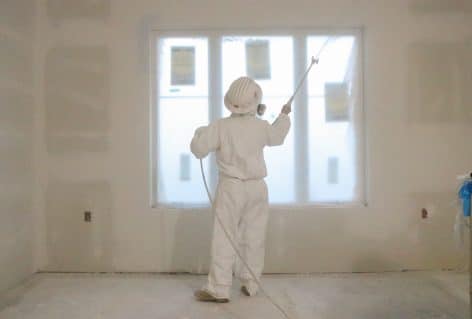